Gaining Freedom for All: African American Heritage and the Struggle for Equality

Upholding Independence: Baltimore and the War of 1812 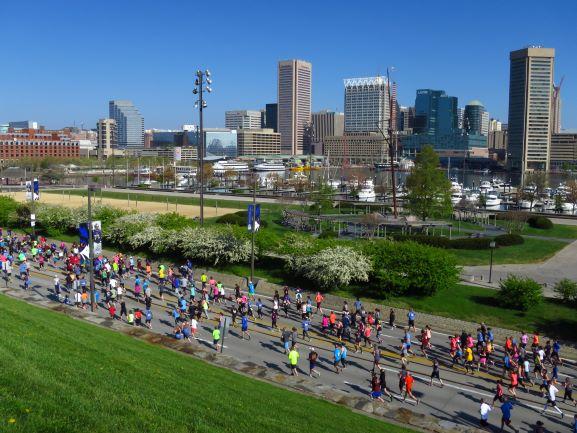 This popular park just south of the Inner Harbor affords spectacular view of the harbor and the downtown skyline. This peaceful retreat in the city also has an incredible history and is deeply intertwined in Baltimore’s heritage.

The hill itself is a smoothed over, huge, irregular block of clay. The first Anglo-Saxon to lay eyes on Federal Hill was Captain John Smith. In June of 1608 he sailed from Jamestown up the Chesapeake Bay for a 19-day journey that ended with a voyage up the Patapsco River. It was there that Smith reported seeing “a great red bank of clay flanking a natural harbor basin.”

In the 1700s the primary importance of the hill was the material of the hill itself: it was mined for its raw materials. The hill contributed clay for bricks, red pigment for paints, and sand for mortar and glass. Early Baltimore settlers referred to this “great red bank of clay” as “John Smith’s Hill.” During the late 1700s the hill became more and more important to the growing city. In May of 1788, 4,000 Baltimoreans marched through the city’s streets in a parade organized by Revolutionary War naval hero (and later War of 1812 hero) Commodore Joshua Barney to celebrate Maryland’s ratification of the U.S. Constitution. The procession featured a 15-foot model of a fully rigged sailing ship named The Federalist. At the end of the celebration the model ship was sailed out into the harbor; hence the origin of the park’s name.

In 1795, a signal station was built on the hill. Using a semaphore and 125 signal flags, incoming ships were identified so merchants could prepare for their arrival. During the war of 1812, artillery was placed on the hill to defend the town from British attack. The hill was the location of a salute to General Andrew Jackson in 1819 and in 1824 a salute to General Lafayette. In 1851, citizens burned effigies to protest Americans being executed in a Cuban Revolution. In 1861, Union and Confederate sympathizers rioted on the hill.

In 1861, Union General Benjamin Butler established a fortification and garrison on the hill for the duration of the Civil War. The fort’s presence discouraged southern sympathizers in bitterly divided, as Butler aimed his canon at civilian targets in the city’s center.

A public park was established on the hill in 1875. Today it features a number of amenities, including a playground and plenty of benches to soak up the scenery.