Gaining Freedom for All: African American Heritage and the Struggle for Equality

Seeking Prosperity on the Chesapeake: Baltimore History from Colonial Times through the 1800s 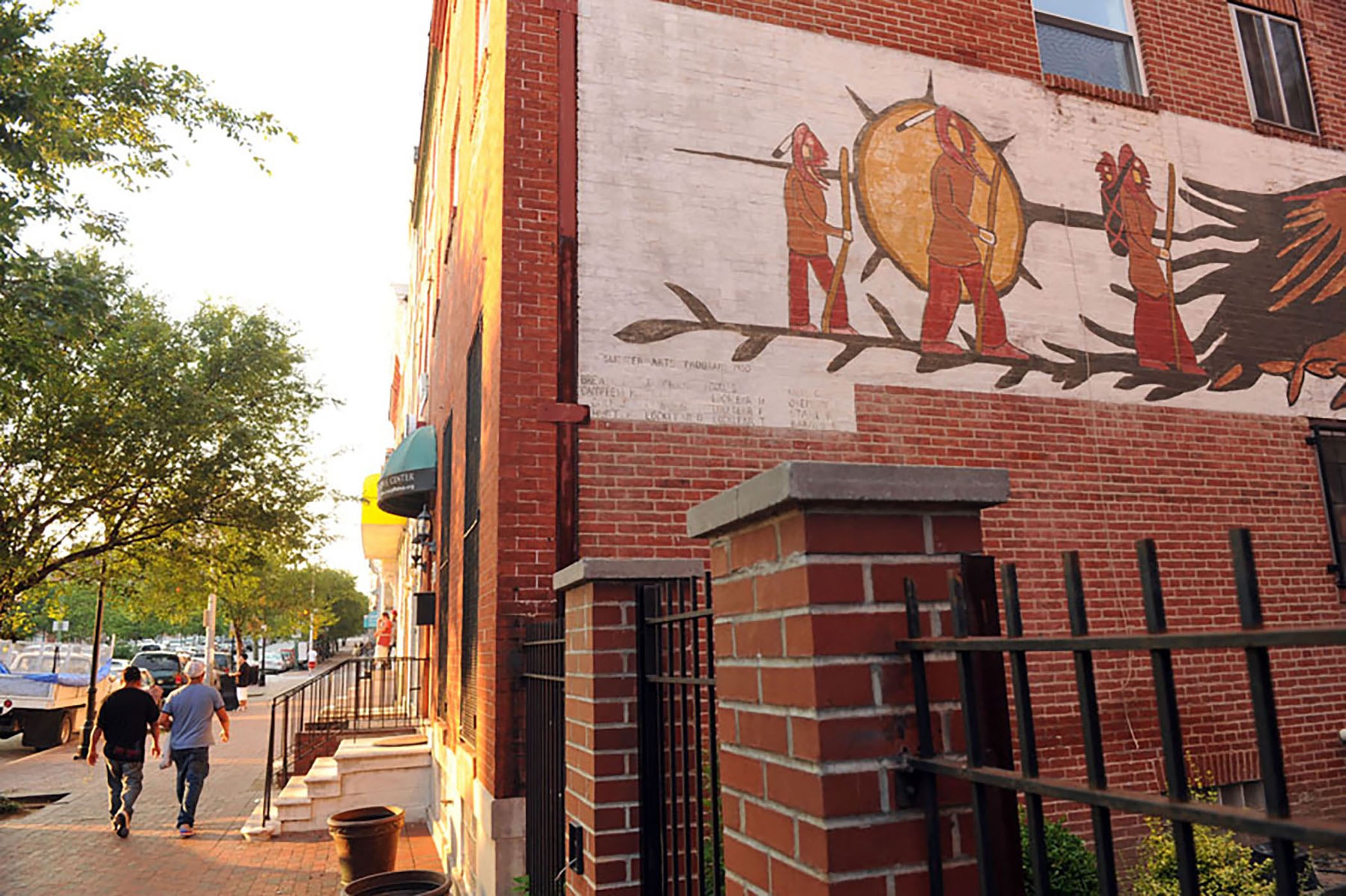 Founded in 1968, the Baltimore American Indian Center’s mission is to assist and support American Indian and Alaskan Native families moving to Baltimore and their adjustment to the culture change. Following World War II, the upper Fell’s Point neighborhood surrounding the center became populated predominantly by American Indians and was referred to as “the Reservation.”

Today the center’s focus is cultural heritage preservation and education programs, with health, housing and employment-related services provided on an ad hoc basis. A variety of artifacts and exhibits explore the traditions, arts, and cultures from across North America. The center’s garden includes herbs and plants that are used by American Indian people on the East Coast, particularly in Maryland and North Carolina.